At his heaviest, Bryan weighed in at 387 pounds. His weight was affecting his daily life, hindering him from enjoying amusement park rides on family vacations, making it incredibly uncomfortable to fit into an airplane seat, and almost preventing him from performing his job as a police officer. 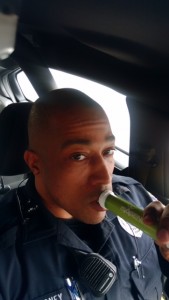 Before finding Isagenix, Bryan played semi-pro football and was in the military for 12 years. Needless to say, he was in peak physical condition. However, after leaving the military, he entered the police force and gained 140 pounds, reaching his heaviest weight ever. It got so bad that he couldn’t get in and out of his police vehicle.

Although he had tried other weight-loss methods previously, none of them had worked for him. Bryan reached a breaking point and knew he needed to make a change after not being able to go on amusement park rides or walk around during a family vacation. His wife encouraged him to see a doctor for a physical. The doctor told him he needed to do something soon, or his health would get to a really bad place.

Bryan’s doctor wanted to put him on medications, but Bryan opted to try to go back to the gym.

“I was physically fit before,” he says. “I could do it. So I went to the gym a little bit and tried.”

Unfortunately, the gym workouts tapered off, and Bryan wasn’t noticing much of a change to his health.

One night, his wife attended an Isagenix meeting and came home full of excitement and energy. She explained to Bryan that Isagenix was a lifestyle, and since she was so pumped up, Bryan decided to try the products. 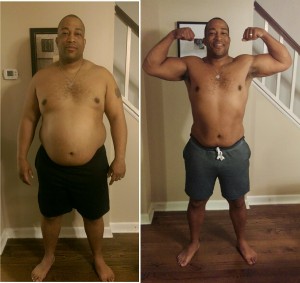 He began with the 30–Day System and soon noticed a change. In fact, he used the 30-Day System for five months straight! By June of 2016, Bryan had lost over 100 pounds* and was inducted into the Isagenix 100-Pound Club.

Bryan is a huge advocate for the 30-Day System but also loves the AMPED™ line.

“I use every part of the line,” Bryan says. “The way I feel when I leave the gym—it’s been great for me.”

Since starting Isagenix and adopting the lifestyle, Bryan’s life has changed a lot. Before hitting the 100-pound mark, he and his wife attended 2016 New Year Kick Off, and they both agree that the event completely changed their lives. It was one speaker who opened their eyes: Hilari Courtney.

“She came onstage, and it felt like she was talking to me and my wife,” Bryan explains. “Her story and everything she said really hit home with me.”

Armed with a fresh sense of motivation, Bryan and his wife returned home from NYKO and fully embraced the Isagenix lifestyle. They encourage their teenage children who are athletes to eat healthy, and Bryan’s wife has lost 55 pounds* from using the products. In addition, their business has expanded as a result of sharing their stories through social 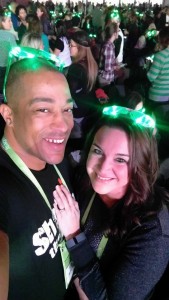 media and other outlets.

Today, Bryan is able to participate in his children’s sports. He and his family travel more than they ever did before, and Bryan even rode amusement park rides during their most recent family vacation.

“In the past, I didn’t like to get on roller coasters,” Bryan says. “Now, I was able to ride every single ride with my kids.”

Looking toward the future, Bryan hopes to build his Isagenix business to a point where he can pursue it full time. He also hopes to become an IsaBody Challenge® Finalist and wants to make it to Top Achievers with his business.

For now, though, Bryan and his family are going to continue to passionately live the Isagenix lifestyle while sharing their stories, helping others, and pursuing their business and personal goals.