From Darkness to Light: An Inspiring Transformation

After the birth of her second baby, Rachel Krebs was struggling. With a newborn and 3-year-old toddler at home, she was exhausted all the time and having trouble losing weight. Because she was previously successful with Isagenix products and solutions, she decided to start a 30-Day System to get back in shape again. Over the next 15 months, she lost 95 pounds.* 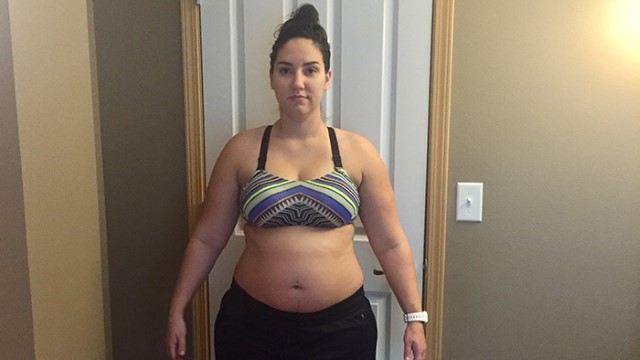 Within a few months, Rachel was able to lose most of the weight she had gained during pregnancy by exercising and eating right. But, she had even bigger goals. As her son’s first birthday approached, Rachel was getting ready to celebrate a milestone of her own: She was about to turn 30.

“I was still overweight and having a hard time chasing my kids around,” she said. “I wanted to be an active, involved mom, not one who sat on the couch all day.”

Rachel incorporated IsaLean® Shakes into her daily routine and began using AMPED™ Hydrate to sustain her and Ionix® Supreme to recover after workouts. Inspired to get fit, Rachel began training for a figure competition, a goal she had once thought was unattainable but was determined to reach.

“It was a pretty big commitment, but I am a very competitive person and was extremely motivated,” she said. 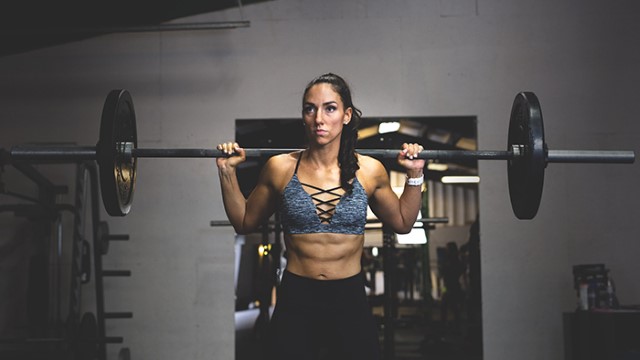 Rachel said she had to find balance between training for the competition and taking care of mom duties.

“I had to make the gym a priority,” she said. “I also started meal prepping. As a competitor, spending 30 seconds to blend an IsaLean Shake was a lifesaver.”

Rachel’s workout schedule varied. Sometimes she got up early in the morning, and other days she went to the gym late at night. She was able to use the daycare facility at the gym to bring her kids — now 3 and 6 — with her, so she never had an excuse to skip a workout.

“I would tell them that when I go to the gym, it makes mommy happy,” she said.

Onstage at her first figure competition in April 2017, Rachel felt confident and strong. She placed eighth that day but left wanting more. Last September, she competed again and took home fourth place. One week later, she entered another competition and placed second. Not only was she thrilled with the outcome, but she was also proud that she had lost 100 pounds since the beginning of her journey.* 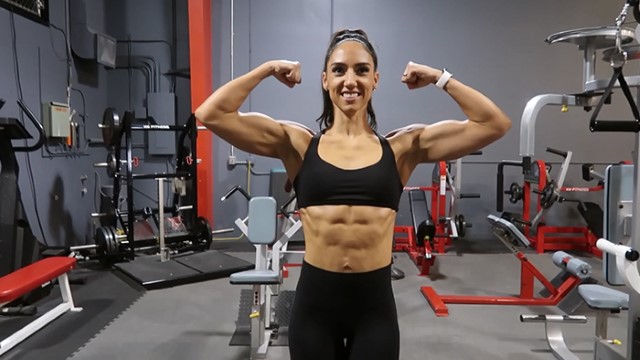 “It is important to stay focused and not lose sight of the end goal,” Rachel said. “I mostly wanted to get healthy and celebrated the small victories along the way.”

Rachel explained the secret to her success came from setting achievable goals and creating healthy habits that can easily be built into daily life, like finding a favorite activity, drinking plenty of water, and getting enough sleep.

“These little things can make a huge difference,” she shared. “I now have so much more energy and self-confidence and feel content with my life.”

Rachel, who is also an Isagenix Crystal Executive and 2017 IsaBody Challenge® Finalist, was featured in the 2018 November/December issue of Oxygen magazine. She was thrilled to have the opportunity to use the platform to help women, especially moms like her, reach their goals.

“I hope I can inspire others to live their best life,” she said.

​If you are an Isagenix Independent Associate or Customer and a media outlet (e.g., a traditional or digital news outlet, television or radio show, print media outlet, or blog) approaches you about sharing your success story, contact Media@IsagenixCorp.com. A designated company representative will help you evaluate the opportunity and can provide media training so you have the best experience possible.​

*​Weight loss should not be considered typical. A two-phase 2016 study published by researchers at Skidmore College showed an average weight loss of 24 pounds after 12 weeks. The study evaluated the use of Isagenix products in men and women for weight loss followed by weight maintenance. As part of the weight loss phase, the participants took part in a calorie-controlled regimen of Shake Days and one Cleanse Day per week. During the weight maintenance phase, the subjects who continued the calorie-controlled program using Isagenix products better maintained their weight loss in comparison to those who transitioned to a traditional diet after 52 weeks. For more information on the study, see IsagenixHealth.net.

†This statement has not been evaluated by the Food and Drug Administration. This product is not intended to diagnose, treat, cure, or prevent any disease.