From Low Self-Esteem to a Humble Life of Purpose 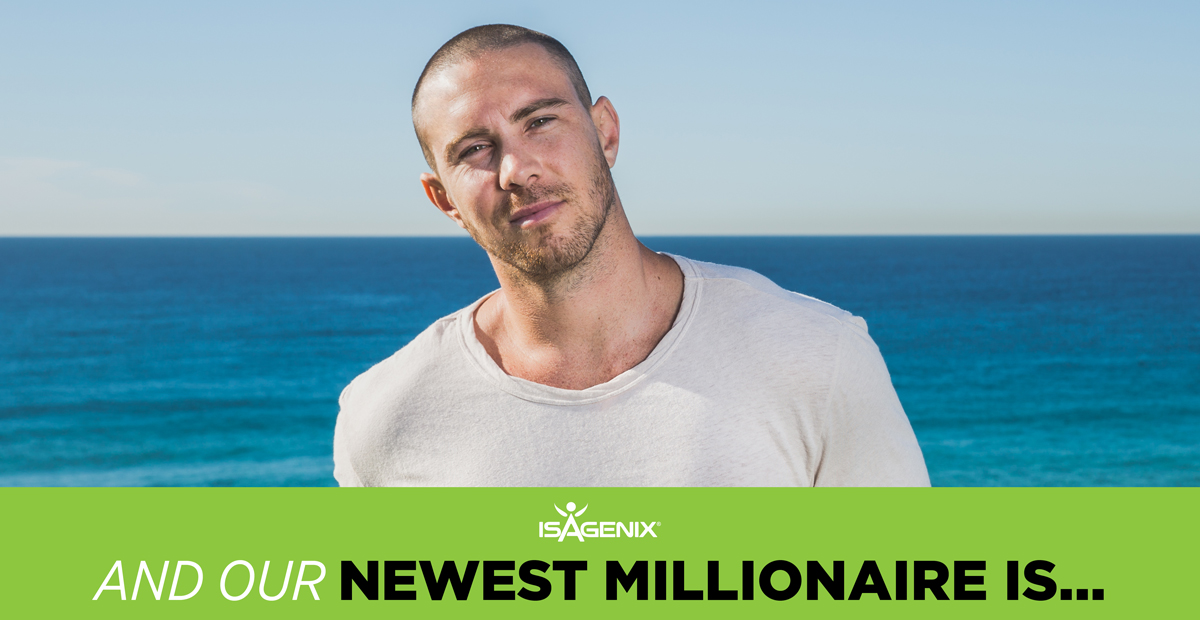 As a former semi-professional soccer player, Ben appeared to fit the image of a physically fit endurance athlete, but on the inside, he felt completely different. “I wanted to gain muscle and improve my body shape,” he says. “It was my last resort to boosting my low self-esteem.”

Ben was committed and putting all of his time and energy into the gym. “It seemed like the only way to gain self-value,” he says.

Ben was using a lot of supplements, prepping healthy meals, and training hard, but he wasn’t seeing the results he wanted. Then his sister and Isagenix Millionaire* Peta K. introduced him to Isagenix. She was using the products at the time and tried to get Ben started with them, but she had no luck. Peta knew the products well and thought her qualifications in exercise and health science would motivate Ben to try them, but his ego got in the way of taking her suggestions.

“I didn’t want the confirmation that what I was doing previously was wrong, so I rejected Isagenix for six months,” he says.

Eventually, Ben couldn’t ignore the evidence in front of him. “I couldn’t help but notice a whole new energy in Peta,” he says.

He decided to sit down with his sister and discuss Isagenix. After their talk, Ben was ready to get started.

“It made sense, so I took the plunge and put some of the very little money I had toward something that would actually get me the results I was after,” he says.

Ben used the products for a solid 14 months before sharing them with anyone. “I had no idea about network marketing, but when Peta showed me how it worked, the idea of earning some extra income felt amazing!” he says.

Ben had been stressed out about financial debt, so when he learned about the business side of Isagenix, he wanted to learn more. “Theoretically, this meant I could put money into other aspects of my life to create a little bit of freedom.”

Ben assumed network marketers had to possess a certain personality to be successful. “I was just happy feeling good and being a product user,” says Ben. “I didn’t really think I could be a part of the business side of things until I attended my first Isagenix event.”

When Ben saw Associates from all walks of life take the stage, he realized that he could do this, too.

Ben continued to attend Isagenix events, and looking back, he realizes that he had no idea of the full potential that lay before him. “I only went along to events with others to have fun and embrace the culture,” he remembers.

Though Ben loved the events, he still wasn’t implementing what he was learning into building a business. “At my first Celebration, everything clicked,” he says.

Ben’s acceptance of the industry grew, and he told himself that it would be him onstage one day.

“I finally believed I could move forward from everything holding me back,” he says. “I knew that once I helped myself, I could go on to help others.”

Isagenix has helped Ben discover the impact of personal value and confidence. “Who would believe that somebody so bogged down with low self-esteem would now be talking onstage in front of thousands?” he says.

Ben now believes in the lasting impact that Isagenix can have on your personal development.

Forever grateful for his past, Ben understands the importance of his previous mistakes.

“This is our biggest gift—we learn from falling over, so if people think they’ll have a perfect run, they’re only fooling themselves,” he says. “We get nothing from trying to be perfect. Mistakes drive us to take action!”

As a START Ambassador, Ben says he feels fortunate to be considered a leader while helping others reach their potential.

“The key to success is teaming up with extraordinary people and sustaining an unwavering, positive attitude,” he says. “If everyone could see themselves through my eyes, their self-certainty would be unlimited.”

*Isagenix Millionaires are defined as Isagenix Associates who have cumulatively earned $1 million or more with Isagenix. Earning levels for this Isagenix Independent Associate substantially exceed the average results achieved by all Associates during the same time periods and should not be construed as typical or average. Income level achievements depend on many factors, including the individual Associate’s business and networking skills, personal ambition, time commitment, work habits and other abilities. For average earnings, please see the Isagenix Independent Associate Earnings Statement found at IsagenixEarnings.com.