Solution to Your New Year Resolution

Finally! The Solution to Your New Year Resolution

Every year it’s the same. We set at least one New Year Resolution, and every year it seems we come up short. There was so much momentum at the beginning, but what happened?

As in TOO MUCH time!

When we think about it, a year is a long time. 12 Months. 52 Weeks. So, the reason we lose momentum so quickly is due to that procrastination voice in our heads telling us that we have plenty of time to “get back on track.”

Unfortunately, before we know it, it’s the Holidays again and we sound like John Lennon “So this is Christmas, and what have you done?” Luckily, there’s a better way to accomplish any New Year Resolution! 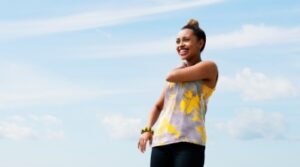 I’m sure you’ve already heard why you shouldn’t set vague goals like “lose weight” or “make more money,” and while that’s true, the key to accomplishing any New Year Resolution is setting micro-goals!

“The journey of a thousand miles begins with one step.” – Lou Tzo

The best way to do this is to set monthly goals that align with who you want to become, how you want to improve, or what you want to experience by the end of the year.

For example, let’s say your New Year Resolution is to read more personal development and entrepreneurial books. When thinking about doing that in terms of a year, you might only read one or two books, get to the Holidays, and think, “Oh shoot, I should read another book before January.”

But, if you set your “read more books” New Year Resolution using the 12 at a Time method, your year would look more like this: 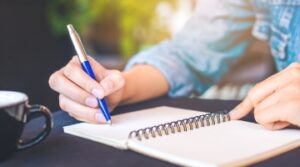 How to Plan Your New Year, New You

10 pages per day for 30 days is 300 pages, so you can easily read a book in a month even if you’re a slow reader like I am. By the way, if you haven’t read this book, I highly recommend starting the year with it! It ties in perfectly with this article and how our daily, seemingly insignificant habits add up.

February:
Implement four key takeaways from The Compound Effect into my business, life, family, etc. One per week.

The idea here is, you start taking action on what you learned and making it part of who you are (or who you hope to become). Knowledge without action takes up space in our brains instead of illuminating our lives.

March:
Read 10 pages per day of Limitless by Jim Kwik.

…and so on! You plan out each of the 12 months in a year, making each month its own, micro resolution 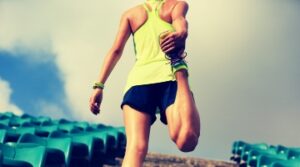 What About a Weight Loss Goal?

Let’s say your goal is to lose 20 pounds in 2022. Good News: You probably don’t even need a full year to accomplish that goal!

Most studies say it’s safest to lose 1-2 pounds per week with any weight loss plan.

According to the Mayo Clinic, “Over the long term, it’s smart to aim for losing 1 to 2 pounds (0.5 to 1 kilogram) a week. Generally, to lose 1 to 2 pounds a week, you need to burn 500 to 1,000 calories more than you consume each day, through a lower calorie diet and regular physical activity.”

So, if you lost just one pound each week, you could potentially achieve your goal in 20 weeks or five months. But let’s go back to the “12 at a Time” method: How do we break this down into micro goals we can achieve each month? 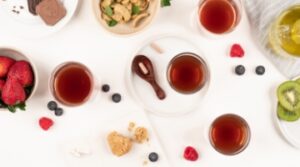 January:
Participate in the Isagenix 30-Day Kickstart Powered by IsaBody! This is a great way to focus on healthier nutrition and activity habits.

Since your goal is to lose 20 pounds, you might want to weigh yourself daily and take the end of the weekly average. This will give you a more accurate number, since our weight fluctuates daily, and our goal is to lose a single pound per week.

February:
Now that you’re on a better track with your nutrition and activity, let’s step it up! Let’s add an extra 5-10 minutes of activity per day and focus on a Cleanse Program this month.

And again, keep tracking your weight to see if you’re losing a pound per week. However, if one week you didn’t or even added a pound or two, reflect on the week and see what adjustments you can make. No need to get discouraged!

…continue planning out monthly improvement plans with micro goals you want to hit each month!

This is the solution to any New Year Resolution you set. It helps you get away from thinking you have an entire year to achieve something and instead allows you to focus on accomplishing micro goals each day, week, and month. 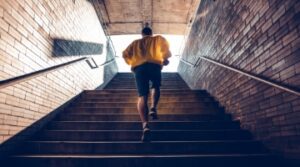 Should I Shoot for the Moon with My New Year Resolution?

A quote by Norman Vincent Peale goes, “Shoot for the moon. Even if you miss, you’ll land among the stars.” But when it comes to your New Year Resolution, should you?

Should you set massive, lofty goals? Are you cutting what you’re truly capable of short by setting so-called “reasonable” or “achievable” goals?

No… to all three questions.

When we do that, sure, we’ll see a transformation within a year… but we’ll be unrecognizable for the better in five or ten years. What we do daily determines where we’ll end up in a year, five years, or more.

See, it’s not the New Year Resolution we set each year that makes the difference. But rather, it’s connecting our minds to who we want to become each day, with each habit. That’s what makes micro goals so powerful! It’s why the “12 at a Time” New Year Resolution method works so well.

To quote Tony Robbins again, “Begin to live as though your prayers are already answered.” 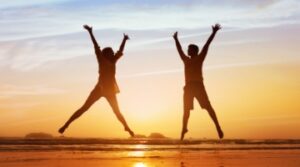 My hope is that you’re now excited and confident heading into 2022. That following December, when you hear John Lennon sing “…and what have you done?” you can respond with, “A LOT, John. A LOT!”

So, here’s a simple exercise for you—and if you’re reading this after the New Year, no problem! After all, there are still plenty of months to conquer, right?—take 30 minutes or so to follow these steps:

Here’s the FUN PART! If you follow your habits for a day, tell yourself out loud “Good job!” and pump your fist like Tiger Woods draining a putt in a Major Championship.

When you follow your weekly goals, celebrate! Think of things you can reward yourself with each month that won’t take you off track. In other words, show yourself the love you deserve for making these positive changes! 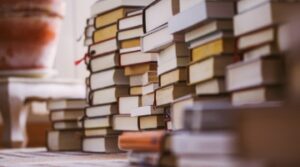 Here are a Few Books to Read on this Subject

About the Author: Sean Hughes

Creative writer and faux handyman. If I'm not livin' bougie on a golf course or enjoying an Old Fashioned with a smooth cigar, I'm out in the woods camping with my family.