Runner-Up Focuses on ‘We’ Instead of ‘I’ 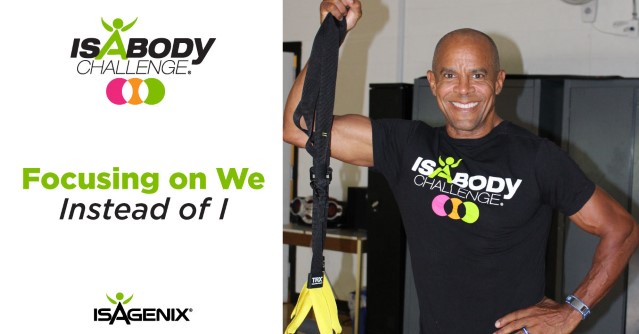 A zen-like mindset is how 2017 IsaBody Challenge® Runner-Up Jim King approaches health and wellness. However, it wasn’t always this way. At 65, Jim is a solid representative for the healthy aging community, but a few years ago, his health and fitness were in desperate need of improvement.

Jim was former powerlifting national champion in his 20s and 30s, but by 40, he stopped lifting, and by 50, he felt old and overweight. Weight was piling on, and his doctors told him a lifestyle change was necessary to improve his health.

Jim’s wife, Lori, introduced him to Isagenix, and once he started his first IsaBody Challenge, he never looked back.

Through multiple Challenges, Jim has released a total of 40 pounds* and has gained lean muscle. He qualified as a 2017 IsaBody™ Finalist, and at Celebration, he was announced as the IsaBody Challenge Runner-Up. As the runner-up, Jim hopes to be an ambassador to IsaBody, Isagenix, and the healthy aging community.

“The way I can spread the word and be a true ambassador is by living my life the best I can as a shining example,” Jim explained. “More importantly, I can encourage others my age to do the same.” 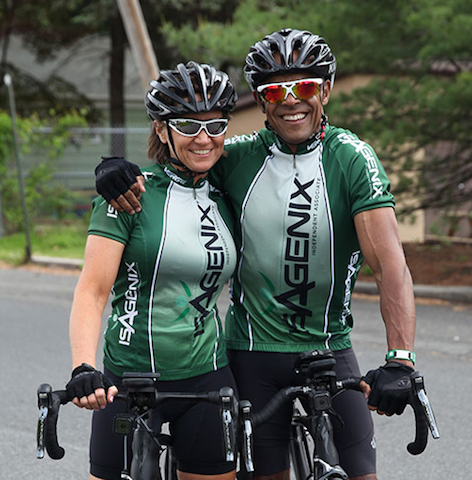 Jim hopes that those who share his mindset will join him in spreading his message. He wants to show others the importance of taking care of themselves early in life, so that as they age, they already have the tools to feel just as vibrant in their 60s as they did in their 20s or 30s.

“If there are enough of us doing it, they’ll see the path,” Jim said.

Jim understands the importance of accountability, specifically when it comes to IsaBody. He has completed more than eight Challenges to date, and the common denominator throughout all of them has been holding himself accountable.

“Keeping your word to yourself is a habit,” he said.

During a recent Challenge, Jim began to communicate with those in the IsaBody Challenge Facebook group. Participating regularly in the group reinforced the importance of being surrounded with like-minded people and helped him stay accountable.

“It kept me more engaged in reminding myself what my goals were,” Jim said.

A few short weeks after Celebration, Jim reached a major milestone when he was accepted into Team Isagenix as a former national powerlifting champion and world record holder. In addition to becoming the 2017 runner-up, Jim uses his involvement with Team Isagenix to help grow his business. People see his transformation online and reach out, asking how they can experience something similar.

Jim can leverage his success to be an example to others, still be effective with his business, and cross over into other Isagenix programs he’s involved in, such as Prime Time, the healthy aging group Isagenix launched in 2016.

Jim also takes advantage of the IsaTools To Go™ app, which helps him share Isagenix conveniently and effectively.

“It’s an efficient use of my time,” Jim said. 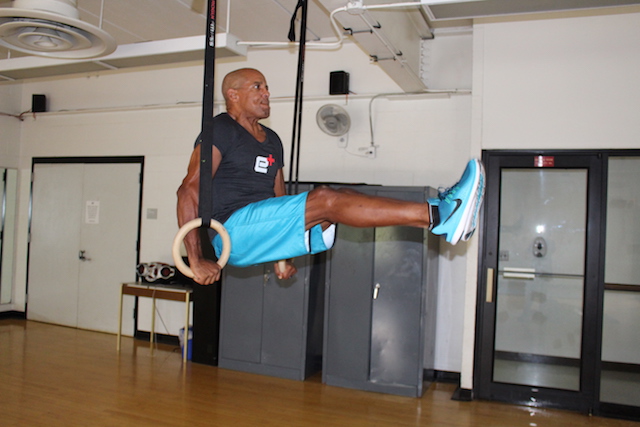 As a former weightlifting champion, most of Jim’s athletic life involved individual sports. Getting involved with Isagenix and participating in IsaBody has helped him shift his focus away from himself and onto others.

“Isagenix has removed the ‘I’ out of my vocabulary and replaced it with ‘we,’” Jim said.

Self-awareness is what helps Jim succeed with his fitness and his business. He credits the 2017 IsaBody Grand Prize Winner, Helen Costa-Giles, with showing him how to effectively express his “we.”

“She is a ‘we’ person, and I learn from her every time she opens her mouth,” Jim said. “She’s teaching me ‘we’ on a daily basis. I look at her posts. I look at what she has to say. I feel myself changing when I talk to people.”