IsaBody Challenge Finalist Finds Belief in Himself and Inspires Others 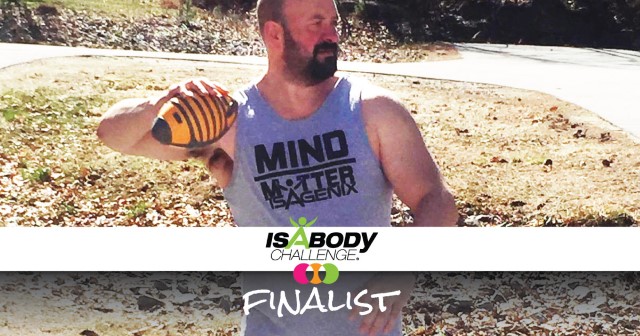 Overweight for most of his life, Chris never really believed in himself. As an adult, he was embarrassed to go to the beach and take off his shirt or change in the gym locker room. He was desperate for something to help him lose weight, as the extra pounds were starting to disrupt his daily life with his children. He was unable to go on roller coaster rides with his son because he couldn’t fit in the seat, or play on the floor with his daughter because he would struggle to stand back up.

One day someone told Chris about Isagenix. “That’s when everything changed for me,” he says.

Although he initially joined the IsaBody Challenge® because he was excited about the benefit of the $200 product voucher, once enrolled, Chris saw that there were so many more benefits to the Challenge. He immediately immersed himself in the IsaBody™ online community, specifically on Facebook.

“The support, love, and everything that comes along with the community really helped me with the process,” he says. “The community is there to support you, and that’s one of the biggest benefits of the Challenge.”

Taking It to the Next Level

After Chris’ first Challenge, he knew he wasn’t done yet and still had more work to do. For the Top Achievers Challenge, he wanted to take his body and his overall transformation to the next level. He had already lost a significant amount of weight and now wanted to focus on gaining muscle. Chris partnered with a trainer, put together a meal plan and workout routine, and hit the gym five to six times a week, sometimes working out late at night.

“Specifically I added lean proteins in my diet, cardio sessions after workouts, and higher reps and sets to get the tone and burn off the remaining body weight,” he explains.

Chris credits a good part of his transformation to the AMPED™ line.

“AMPED has really been a game changer for me,” Chris says. 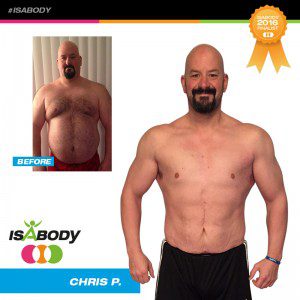 Supreme first thing in the morning and after his workouts and says, “AMPED NOx is off the charts!”

Believing in Himself and Inspiring Others

By his third IsaBody Challenge, Chris really began to experience not only a physical transformation but also a mental one.

“I’ve come a long way both physically and mentally in three Challenges,” he says. “When I look back at it, it’s a little mind-boggling, to be honest.”

The hardest part of Chris’s past Challenges was believing in himself. Throughout his Challenges, he transformed from someone who relied on others to motivate him into someone who believes in himself 100 percent.

For his most recent Challenge, Chris’ mindset shifted from helping himself to helping and inspiring others. Before, he wanted to lose weight to do the right thing for his health and for his family. Now, staying in shape is still a priority, but Chris also focuses on helping others believe in themselves. 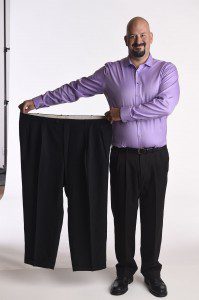 Today, Chris is a very active part of his children’s lives and credits Isagenix with helping to give his children their father back. He can do things he was never able to do before losing 100 pounds,* such as taking his kids on hikes and picnics on the weekend and then still having enough energy afterwards to hit the gym for leg day!

Chris maintains a positive attitude and looks forward to the future.

“I visualize myself as being the IsaBody Grand Prize Winner and holding that $25,000 check in the air. I know what this Challenge has done for me physically and emotionally and there’s no stopping that!”