For This IsaBody Participant, Consistency Is Key 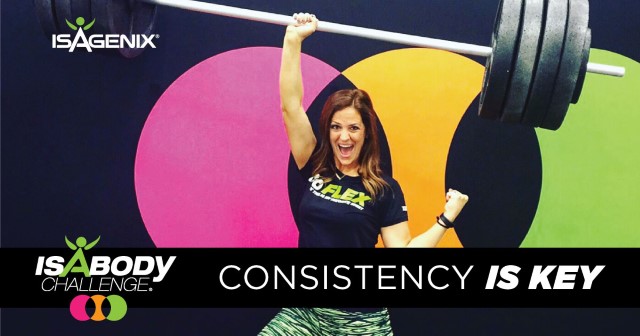 With a degree in exercise science and a personal trainer certification and as the manager of a gym, Emily knows a few things about health and wellness. Before she discovered Isagenix and the IsaBody Challenge®, she was competing in figure and bikini competitions and working with a coach who had her eating three low-calorie meals a day, working out for two to three hours a day, and using supplements such as fat burners and energy drinks that weren’t really working for her. As a result of the supplements and lack of sufficient nutrition, Emily had little energy, felt like she could barely function, and wasn’t seeing any real results from her training.

Emily sought out a new coach, and that’s when things began to change. Her new coach put her on six small meals a day and changed up her workout plan as well. The six meals a day were challenging for her, because she was used to only eating three times a day, so her coach, who was an Isagenix Associate, suggested substituting two of the meals with IsaLean® Shakes. 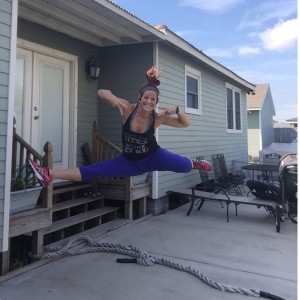 “I got the IsaLean Shakes and started on the system, and I had more energy for my workouts. My coach had me work out for shorter periods of time, and I saw greater results in my physique,” she says. “I just kept going with Isagenix and continued with the shakes, because it was easier than prepping food.”

A few months after changing her training and her diet, Emily began looking into the business side of Isagenix and recommending it to her clients. Soon after joining Isagenix, Emily enrolled in the IsaBody Challenge because she wanted to drop a few pounds she had gained in between competitions and get in shape before her wedding. During that first Challenge, she lost 13 pounds.*

When she embarked on her third Challenge, Emily became pregnant but still wanted to finish. She asked the IsaBody™ corporate team how to go about it when she knew she would be gaining weight. She was told that it’s not about losing weight, as much as it is about consistency, staying engaged, and staying focused on goals. 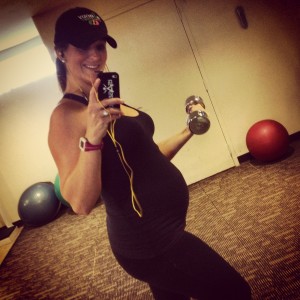 When asked why she decided to continue her Challenge while pregnant, in addition to the advice she received from the IsaBody team, Emily said, “I wanted to show women that it’s okay to gain the weight,” she explains. “I did it for the consistency, to prove to myself that I could stick to something and continue to go toward my goal even after I had my baby.”

Currently on her 11th Challenge, Emily’s focus on consistency has always been at the forefront. In addition, she offers a few tips to people who are just starting out with their Challenges.

“Take it day by day, and if you fall off the wagon, it’s okay,” she says. “As long as you stay consistent, whatever the number on the scale is at the end doesn’t matter.”

Her experience with IsaBody has helped Emily build her Isagenix business. Many people who have seen her transformation on social media have become clients, and she helps them enroll in the Challenge and provides support and encouragement by taking their “before” and “after” pictures for them. 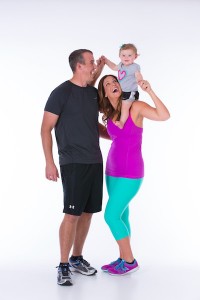 Now Emily is looking ahead to the future, participating in more Challenges, and setting new goals. One of her next goals is to build her energy, and she wants to continue to be healthy for her young daughter while still remaining consistent and putting herself first. She also hopes that her husband will join the Challenge so they can participate together.

In the meantime, Emily will continue to make IsaBody a part of her everyday life.

“It’s a part of who I am. It’s been a part of every major milestone since I got married,” she says. “It’s positive energy, it’s great people, and it’s a great community.”

About the Author | Jenna Zizzo-Klemis

Jenna’s lifelong love for reading and writing has helped her make a career out of storytelling, and as a writer for Isagenix, she gets to combine her love for physical wellness and the written word every day. Jenna is a Chicago native who loves big cities, practicing yoga, and a good chocolate chip cookie.