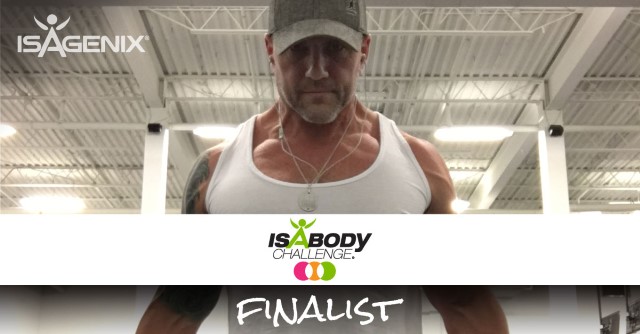 Growing up, Josh Boettner never felt good enough. This lack of confidence first surfaced after his parents divorced and his father abandoned his family. Always wondering why his dad left, Josh used food as a coping mechanism to fill the void. As an adult, he got to a point where his weight reached over 300 pounds. Coupled with his low self-esteem, Josh was working extra hard to support his growing family. He was exhausted, run-down, and running out of ideas.

Transforming From the Inside Out

Josh experienced results from a few different diet and weight loss plans, but eventually, his weight would go back up. When his wife encouraged him to try Isagenix, he didn’t realize that it not only helped help him transform physically, but it also helped him on his journey to personal development. 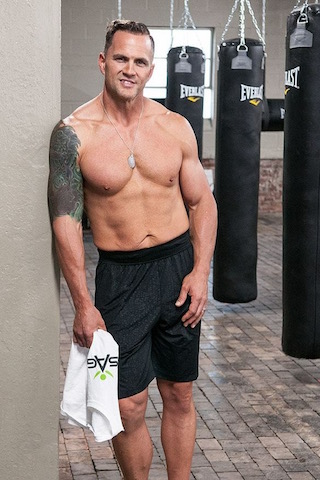 “The outside came along with the inside,” Josh explained.

He began to discover his “why” and learned about proper nutrition and fitness, two things he found out he had been doing incorrectly in the past. Soon, Josh noticed his confidence improving, in part due to his Isagenix business developing. He recently succeeded with the Boom in June promotion, something he initially didn’t think he could do.

A few months after joining Isagenix, Josh learned about the IsaBody Challenge® and began his first Challenge. He joined the IsaBody™ Facebook group and discovered the importance of accountability. Before IsaBody, Josh had zero accountability, but through posting about his transformation and sharing his workouts, he realized that being accountable meant never again being the person he was before IsaBody. 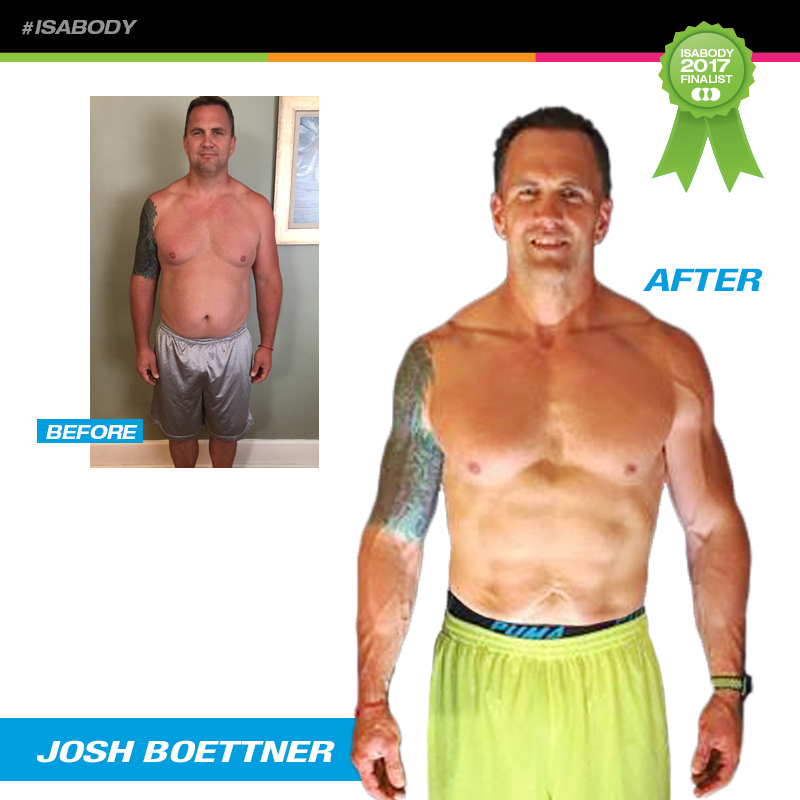 Most importantly, Josh learned he needed to be accountable for his younger self, that young boy inside him who desperately wanted to know why his father left. By becoming accountable, his confidence continued to improve, and the little lost boy inside him finally grew up.

Today, as a result of the hard work he put forth with his many IsaBody Challenges, Josh feels he can now be the father that he never had to his children. When he met his wife, Jocelyn, Josh already had two children from a previous marriage, but they decided to adopt more. They’ve already adopted one child and will be adopting another child in a few months. He feels ready to grow their family, something he was hesitant to do previously due to his lack of confidence.

Looking deeper into his future, Josh plans to continue working as a masonry teacher while building his Isagenix business and showing others how IsaBody can help transform their lives.

“I want to take everything that I’ve learned about exercise and nutrition and coach people into doing the same thing, using Isagenix and the IsaBody Challenge as their vehicle,” he said.

Some of the tips he gives others who hope to experience a transformation like his are, of course, to become accountable, focus on their nutrition first, and then bring in exercise. He also encourages people not to be afraid to ask questions and to engrain themselves in the Isagenix and IsaBody community, such as joining the IsaBody Facebook group.

With Isagenix, Josh has lost 80 pounds,* 49 pounds during his IsaBody Challenges and 31 pounds while taking the products, prior to starting IsaBody. But it’s what he has gained that will stay with him for a lifetime: confidence and accountability.

“I know that now I have the tools to be successful for the rest of my life to stay healthy and stay fit,” Josh said.