Bouncing Back From Injury With Back-to-Back IsaBody Challenges

**Note the Natural Oatmeal Raisin IsaLean Bar has been discontinued** 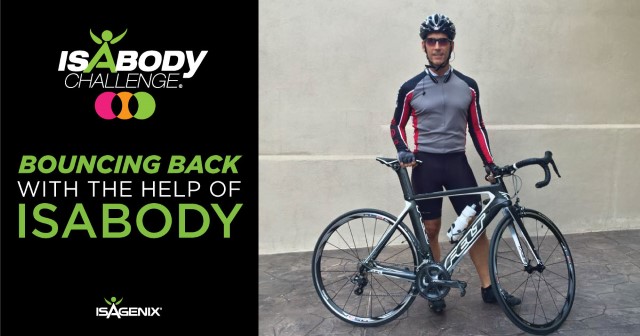 As a former bodybuilding champion and football player, David was always fit and healthy until he suffered a neck injury that took him out of competitive bodybuilding. He sought out chiropractic care to get help for his injury, which in turn, inspired him to become a chiropractor himself and open his own practice. David learned about Isagenix at an industry event but did not start using the products until a few years later.

When David was approaching 50 years old, he began to feel that he was going backwards in terms of his health. Even though he was still staying in shape by running marathons and doing a lot of distance training, he felt the protein and supplements he was taking at the time weren’t up to par. This is when he began to get into Isagenix products.

“I was about ready to turn 50, and anybody who’s approaching their 50th birthday doesn’t want to be in the worst shape of their life. You want to have some momentum with your health, and at that point, I was going the other way,” he explains. “I saw Isagenix, and I was like ‘Wow, this has everything in it that I like. Let’s give it a shot.’” 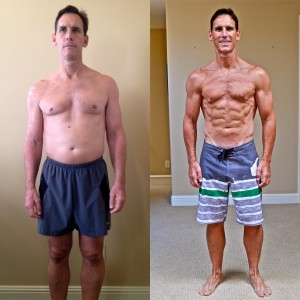 Shortly after he started using the products, David reached a point where the pain from his neck injury was too intense and began to impact his overall health and wellness. He knew he needed to get surgery.

He had just enrolled in his first of many IsaBody Challenges®, and even though he was getting ready for invasive surgery on his neck, he wanted to remain on the products and continue his Challenge during his recovery.

David’s surgery was successful, and he completed his first Challenge and was even honored as an IsaBody Challenge Solution Category winner for Healthy Aging in 2013.**

During his first Challenge, David’s wife witnessed his transformation and began focusing on her health and wellness. Although she didn’t participate in IsaBody that first time, she eventually enrolled, and she and David now participate together, which helps in terms of diet and accountability.

The Challenge has also helped David and his wife get the product that they need. The completion of many Challenges has provided them with balanced nutrition. 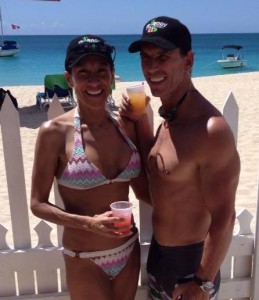 “Between my wife and me, that’s up to $1,200 in products every single year, so I definitely utilized that,” he says. “It’s not just about my transformation and what it did for me, but the ability to get the product. Even if you don’t get chosen as a finalist, you still win.”

Since his first Challenge, David has not missed one yet. Having completed nine Challenges and currently on his 10th, he has built a successful Isagenix business using his IsaBody experience as a platform and enjoys helping others with their transformations.

David incorporates a lot of Isagenix products into his daily diet and says some of his all-time favorite products are Ionix® Supreme (which he drinks every day), AMPED™ Power, AMPED NOx, e+™ shots, IsaLean® Shake, and Natural Oatmeal Raisin IsaLean Bars.

Although David makes Isagenix products part of his daily diet, he creates a healthy balance with his food choices and enjoys a nice steak or a slice of pizza every once in awhile. 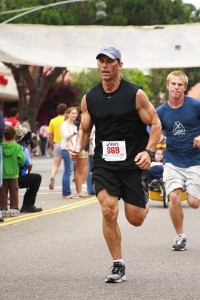 “That can be very guilt-free when you’re on your game 80 percent of the time, because the other 20 percent you enjoy a lot more,” he says. “That’s something that I tell people all the time.”

Faith in the Products

David was never truly overweight but just felt out of shape. His many back-to-back Challenges have resulted in a weight loss of 14 pounds* and an increase in lean muscle. David’s Isagenix business has become so successful that he finally felt comfortable selling his chiropractic business so he could focus more of his attention on Isagenix.***

“I put the faith in the product and I really realized ‘wow, this stuff really does hold your muscle. It really changed me,’” David says. “I will continue to do the IsaBody Challenge every time. It’s crazy not to!”

***Earning levels for this Isagenix Independent Associate substantially exceed the average results achieved by all Associates during the same time periods and should not be construed as typical or average. Income level achievements depend on many factors, including the individual Associate’s business and networking skills, personal ambition, time commitment, work habits, and other abilities. For average earnings, please see the Isagenix Independent Associate Earnings Statement found at IsagenixEarnings.com.