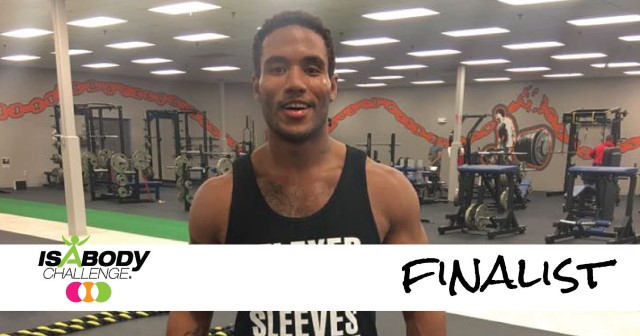 An athlete his whole life, Kareem was always physically active. After playing football throughout college, he took a corporate job and fell out of his athletic routine, developing a sedentary lifestyle and putting on extra weight.

Fortunately, he had the tools for change right at his fingertips. His partner, Taylor, is an Isagenix Associate. Kareem would see the shakes she was drinking and noticed the benefits she was experiencing and became intrigued. 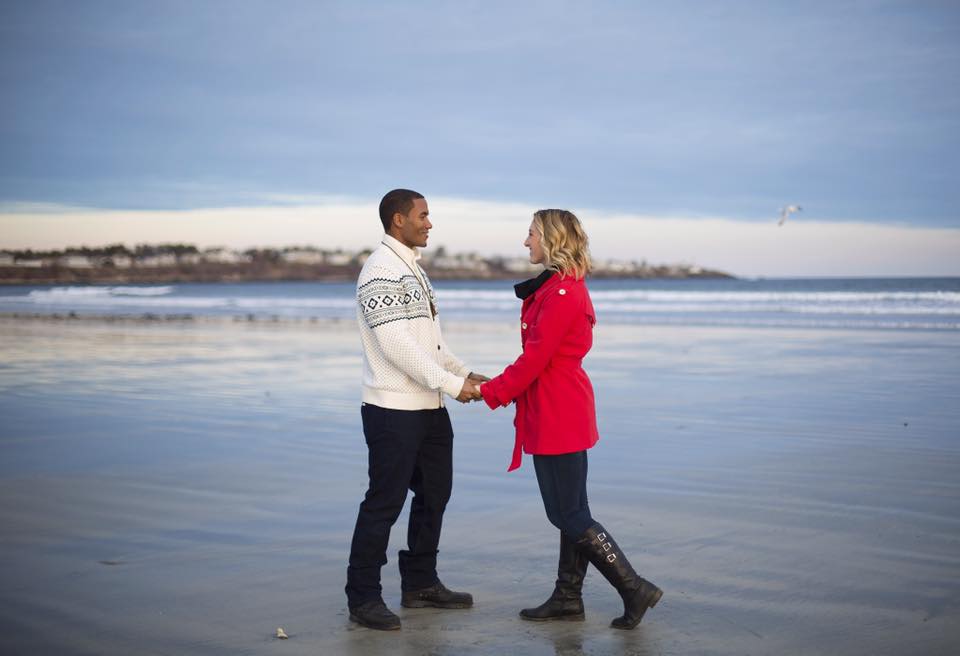 “I thought, man, if this system does what it says it does, it can’t be wrong,” Kareem says.

A few years before Kareem started using Isagenix products, he had already decided that he wanted to get back in shape and began working with a trainer. As a result of his corporate office job, Kareem became deconditioned and had to relearn to move his body athletically and would even train barefoot so he could correct his stance, but he felt that he wasn’t getting the results he desired. He had always carried a few extra pounds on him, even while playing football, and now hoped to tone up and build lean muscle.

So along came the IsaBody Challenge®, and being the driven person he was, Kareem dedicated himself to it. He started cycling 60 miles for exercise, doing high-intensity interval training sessions, and running marathons.

When it came to IsaBody, Kareem said his goals were vague. He was simply focused on finishing. He wanted to feel a level of success, but says that if he had set concrete goals specific to weight loss, they wouldn’t have aligned with where he wanted to end up.

One hard goal Kareem did set for himself was to compete in an ultramarathon. 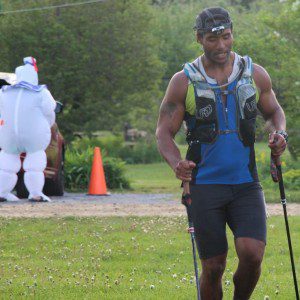 During the Spring of 2016, in the middle of his IsaBody Challenge, Kareem began focusing on an upcoming 88K race he had heard about from a friend who was also an Isagenix Associate—Jesse James Jamnik. Jesse is a Team Isagenix athlete and was a mentor to Kareem during his transformation. Kareen placed in the top 20 in the race, which was a major accomplishment.

The ultramarathon, combined with his friendship with Jesse and other Isagenix and IsaBody members, helped bring back the sense of team that Kareem had been looking for since he stopped playing football.

“I figured out that having that team atmosphere and having a specific goal of athletic development allowed me to realize where my strengths were, so I started to train,” Kareem explains. 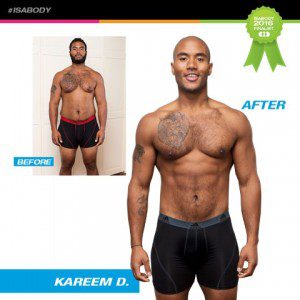 The training, dedication, and hard work really paid off, helping Kareem transform into an IsaBody™ Finalist after one Challenge.

“These changes have fed my flame,” he says. “Isagenix has allowed me to create a sustainable path toward better physical, spiritual, and mental well-being.”

Weight loss should not be considered typical. In a study performed in 2012 by University of Illinois at Chicago researchers, subjects lost an average of 9 pounds with an average of 2 pounds of the loss from visceral fat after 30 days on an Isagenix System. The subjects also had a greater level of adherence and had more consistent weight loss from week to week compared to subjects on a traditional diet.