Customers Featured in PEOPLE ‘Half Their Size’ Issue!

Losing half your weight is not an easy task. Just ask Isagenix Customers and 100-Pound Club members Robin Janes and Kenya LaShelle Elliot. Both were recently featured in PEOPLE’s “Half Their Size” issue, and both credit Isagenix with helping them transform their bodies. Learn how Robin lost over 200 pounds,* how Kenya lost over 400 pounds,* and what they do to keep the weight off!

Ever since birth, Robin remembers being big. Once she reached her teens and twenties, the weight continued to pile on. She hit rock bottom when she not only became so large that she had to buy an industrial scale to weigh herself but when she had to put her education on hold because she couldn’t fit into the desk chairs at her university, where she was studying to become a teacher.

Robin was introduced to Isagenix by her best friend, and although she was a bit hesitant at first, she gave the IsaLean™ Shakes a try. Her skepticism quickly faded, and she ordered her first pak, started exercising, and changed her diet. The weight started melting off, and eventually, Robin lost over 200 pounds!*

Today, Robin is back in school, focusing on her future. She uses Isagenix products daily, especially dairy-free IsaLean Shakes in Rich Chocolate and Cleanse for Life®. Her exercise routine consists of a lot of outdoor activities like snowshoeing and biking. She also makes changes in her daily life – opting to take the stairs instead of the elevator, which is something she never did before her transformation.

You can read more about Robin’s story in the recent issue of PEOPLE.

Kenya spent years numbing emotional pain with food, eating upwards of 20,000 calories a day. Her weight peaked at almost 600 pounds, and she was ready to give up. Things only got worse due to some serious health challenges, causing Kenya to have to restrict physical activity, leaving her confined to her bed almost 24 hours a day. She felt trapped yet she continued to eat. 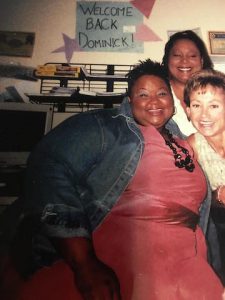 In 2014, Kenya was introduced to Isagenix by a friend from church and began to change her diet by replacing meals with IsaLean Shakes. She also started working on the mental and emotional issues that had haunted her for years. Kenya began to lose weight through her change in diet, and she was able to reintroduce physical activity to her life. Kenya’s confidence was boosted, and she eventually lost over 400 pounds* and has kept the weight off ever since!

Now, Kenya maintains her health and weight by waking up at 4:30 a.m. to do cardio and work with a personal trainer. She also opts for healthier meal options like salads, in addition to her Isagenix nutrition. Learn more about Kenya’s story.

​*​Results not typical. Weight loss, muscle gain, lifestyle, and other results depicted here reflect exceptional individual experiences of Isagenix Customers and should not be construed as typical or average. Results vary with individual effort, body composition, eating patterns, time, exercise, and other factors, such as genetic and physiological makeup. ​In a two-phase study performed from 2015-2016 by Skidmore College in New York, researchers evaluated use of Isagenix products for weight loss followed by weight maintenance. As part of the weight loss phase, the participants took part in a calorie-controlled regimen of Shake Days and one Cleanse Day per week and lost an average of 24 pounds after 12 weeks. During the weight maintenance phase, the subjects who continued the calorie-30 controlled program using Isagenix products better maintained their weight loss in comparison to those who transitioned to a traditional diet after 52 weeks. View the study results.